How to Decide What Type of SSO to Use

Learn about the different types of SSO, and which may be right for you 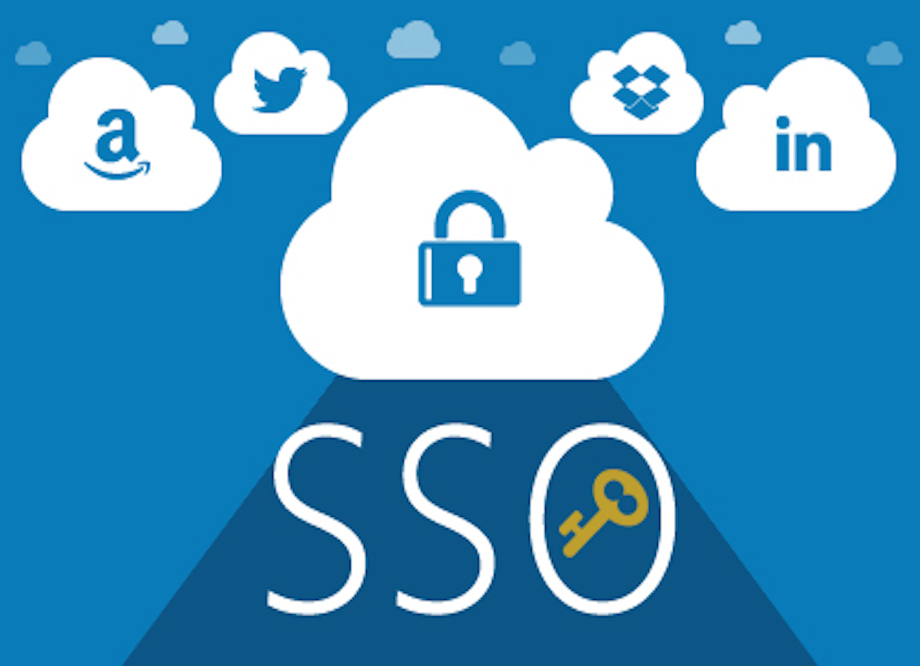 Learn about the different types of SSO, and which may be right for you

SSO and its Alternatives

In the previous article in this series, we went through a broad overview of what SSO is, both from an end user’s perspective, and from the tech perspective. In this article, we’ll get a bit more granular, and look at specific instances and types of SSO, so that you can make a more informed decision about which to adopt, if any.

We’ll first take a look at popular alternatives to SSO that sometimes get conflated with it, because they share similar functionality.

Password managers provide a service that is very similar to SSO, at least superficially, but it is a completely different technology on the backend, with more limited functionality.

For those who use Google Chrome as a primary browser, you’ve likely already experienced something similar: When you create an account on a new server or web app, Chrome will generate a long string of numbers and letters and ‘suggest’ that you use it as your password. Then it will store that information for you, and autofill whenever you try to access that website again. This is exactly the functionality of a password manager — storing all your passwords for you so that you don’t have to remember every single one.

A password manager is more of an intermediary between you and the app, insofar as all it does is create and remember your passwords. The functionality is still limited, and is nothing more than a log where you can store strings of characters that represent your passwords. On the other hand, SSO services link your entire account on an app to the provider, and you sign in to the app via the SSO provider. You only really have one account, on the SSO provider, and that handles your identity information on all other apps.

For the casual user, the difference between these can seem minimal — both make it so that you don’t have to remember your password for every app, and are themselves quite secure to make your account more resistant to hacks. However, most commercially available password managers aren’t  fully integrated, meaning that the password won’t necessarily be stored in your laptop’s cookies. This means that for many websites and apps, you’ll have to log in to your password manager, and retrieve the relevant password manually, rather than having it auto-fill.

There’s also the difference for enterprises: SSO providers allow you to create a company account, and generate logins for all employees on all linked apps, letting you monitor usage and set restrictions Password managers offer nothing of the sort. All they do is store passwords, plain and simple.

Another term that you may have heard in the same context as SSO is IAM, or identity and access management. While, again, the two are related, they denote different things, and should not be conflated.

If you’ve heard the term SSO before, then odds are you’ve heard that it’s a subsection of the overarching IAM umbrella. As the name suggests, IAM is a general security tech and business discipline that encourages granting the right users the right access to the right resources or apps… at the right time. There are several emerging technologies under the sphere of IAM, namely SSO, multi-step authentication in its various forms, and new methods of data governance and analysis. Password managers, too, fall under the umbrella of IAM.

How IAM is different from SSO

IAM is itself under the larger umbrella of general IT security. Narrowing in a bit from IAM, we find IDaaS, a new set of services that comprises all IAM techs that are offered through cloud-based or SaaS apps. IDaaS stands for ID as a Service, and is itself reminiscent, at least in name, of SaaS, or software as a service (note — you will sometimes see it called DaaS, directory as a service, instead — they denote the same idea).

IDaaS is different from more traditional IAM in that it doesn’t require large hardware packages (being entirely cloud-based), and relies instead on new Active Directory technology with the emerging LDAP — lightweight directory access protocol (in layman’s terms, these are just fancy acronyms for new and secure online protocols for managing identity data). In a recent study, Gartner predicts that while IDaas only comprises 40-50% of the access management market share now, that will rise to around 80% by 2022. It’s here to stay. And as you may have guessed, SSO is one of the core functionalities of any IDaaS company.

Basically, the idea is that IAM denotes a whole swath of new and emerging technologies related to identity management and access management. An example of such tech is password managers, which also fall under IAM. SSO also falls under the umbrella of IAM, but it’s not strictly the same thing. It’s like saying that a golden retriever is a dog, but a dog isn’t necessarily a golden retriever.

We’ll begin with the most common type of SSO authentication: SAML 2.0.

SAML 2.0 stands for “Security Access Markup Language,” and is essentially a way to encode text that is used specifically to exchange identification information. SAML is an open standard, meaning anyone can have access to the documentation, and ensure that their code adheres to it. As opposed to a proprietary or closed standard, which would ‘belong’ to a certain company, and that nobody else would have permission to use.

The direct upshot is that this has become one of the primary standards for SSO. The fact that it is an open standard means that any application can make sure that their authentication requests are up to par, and when that is satisfied, they can be enabled with SSO providers, like Okta and OneLogin.

Concretely, a markup language is a wrapper around plaintext that modifies it in such a way as to be readable by computers. The most famous example is HTML, which stands for hypertext markup language. It looks like items in brackets around text, like this: <body>Plaintext</body>. These commands turn the text into machine language, and for SAML 2.0, encrypt it in a universally recognizable and secure way, specifically for identification information.

The last point to note is that SAML 2.0 is optimized for web applications. This means that if you’re transmitting information using a web browser, then SAML 2.0 is the right way to go. However, if you’re attempting a login in a native app, like an iPhone or Android app, it will not work as well, and you’re better off using OAuth2, which we’ll discuss next.

As mentioned, SAML 2.0 is a standard for encrypting identification information. The following diagram gives an overview of the process. There are three players here: The client (you, or your web browser), the resource server (the app you are trying to access), and the authorization server (the SSO provider). They exchange information in the following way, when you send a new login attempt on your web browser to the resource server.

Basically, the complicated path of arrows denotes that you send the request to login to the app, it then requests the SSO provider for login credentials in SAML 2.0, which then prompts you, the user, to agree to send the information to the app via the provider, and then the ID information is sent to the app in SAML 2.0, and voilà, you’re logged in!

Beyond SAML 2.0, there’s also the OAuth2 protocol that can govern SSO. It is largely the same for the end user, but there are some differences.

OAuth2 is another protocol governing SSO. As mentioned, its most noticeable difference with SAML is that SAML is optimized for web apps, whereas OAuth is better suited for native apps, like those on a smartphone. Beyond that difference, they work largely in similar ways, and their backend is largely similar. Both are standards for transferring identification information, and both encrypt said information by turning it into machine-only readable code.

OAuth2 is a newer standard, which is why it’s more versatile, but it’s also less widely used than SAML 2.0, and most of the big SSO providers (Okta, Onelogin) prefer SAML 2.0.

How OAuth2 is Used for SSO

The process of exchanging information is slightly different in OAuth2 as opposed to SAML 2.0, with the main difference being that the client (your browser or app) is called one extra time. You request a login to the relevant app, it sends you a ‘grant’ to request access from the SSO provider, which in turn gives you an access token, which you pass to the resource server. This is all done to ensure that it is actually you making the request, rather than a malicious third party. Afterwards, the app communicates directly with the SSO provider in OAuth2 to login.

The diagram above depicts this interaction well. The flow is different from that prescribed by SAML 2.0, but the end result is the same.

Finally, there is one last option that we’ll briefly touch on: Building your own custom authentication solution. We won’t spend much time on this because it’s not necessarily advisable, but if you have an organization and you don’t want to use any of the major SSO providers, it is possible to build your own custom solution. This would entail setting up an authorization server, setting a standard for communicating ID information, making sure that it’s secure, and making sure that all apps used by your organization are able to communicate in that standard. For the sake of simplicity, we’d recommend sticking with SAML 2.0 or OAuth2.

While there are some lesser alternatives out there, like password managers and other sub-categories of IAM, SSO providers remain the most secure providers of login credentials and ID services. Whether you opt for the more widely used SAML 2.0, or the newer and more versatile OAuth2 standard, will largely depend on what your primary use case is. If you want more information, check out the Gartner Magic Quadrant and Capterra Market Overview of SSO services, both excellent resources for researching further SSO systems, and specific SSO providers.

How to Use SSO — an Introduction

12 min read
How to Use SSO — an Introduction

How to Decide What Type of SSO to Use

How SSO is Used in Different Use-Cases

6 min read
How SSO is Used in Different Use-Cases 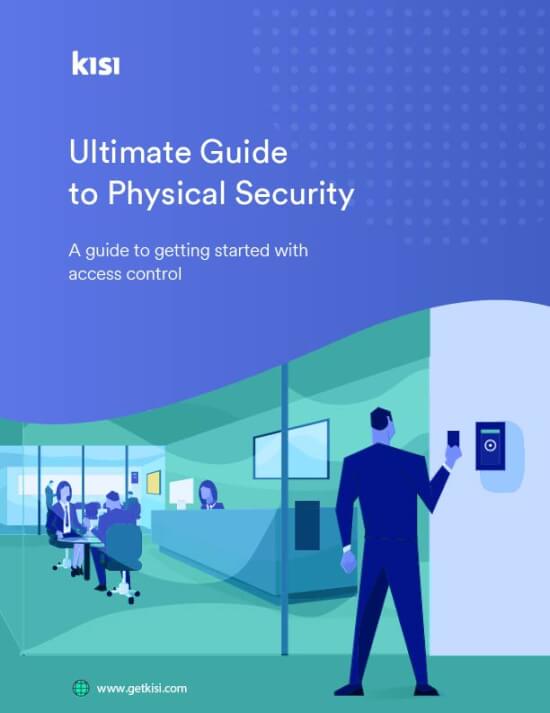